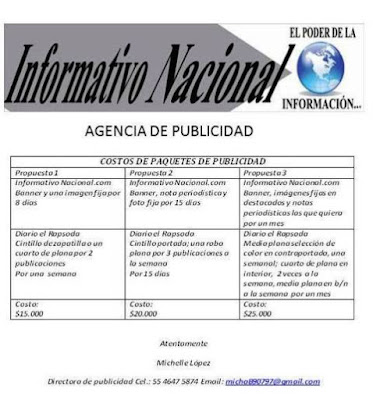 
There is no doubt that in the state of Mexico has increased alarmingly the crime rate, the settings are on the agenda, local police executed as in the recent case where it is cooled Chimalhuacan four municipal Janissaries, and another hair were alive and believing that they had been given an apartment you should not have to peel now be reached e is well guarded in a hospital in the city of chorizo ... but Pa'que but if it is rumored in the corridors of palaces municipal state that they are cops to the neck of the mafia involved in whatever it is called one of them stolen car turned TECAMAC who with his family, they prey on late model cars or model you ask the customer , but fell into the hands of other cops to show that if workers gave back to this city ... this settings is getting barrel and now it says that the land of narco EDOMEX is, is it true or is motto nomas Critics of the tufts Peña Gober ... but not only this type of mouthwash is given in the police, also has his own policy and mayors nomas and can not handle the package as TEXCOCO Amado Acosta at last decided to deworm the payroll because they say his closest associates that the ticket was no longer enough for anything, is more or to buy their chuchulucos, really good - that this writer does well aware that's what happens in this town hall, now is that 170 more or less were removed from the udder budget and as expected to cut their fat chichi had to repair and now are suing the mayor that guy who would say "the teeth of Iron" because that's lords and iron given to a few employees, which can not understand is why they only gave those who are neck to the PRD?, so if you're going to have consequences, I hope that your padrinito MANOLITO guide him well because he got a shirt and of eleven staff ... where if the issue is thundered eses Tezoyuca town abounds Tezontle say, but we believe that only the evils that abound there disguised as mayor mayors and managers are finding the good life that most can not work public has not seen anything down completely, unless no longer being paid to their newspaper stands that had already purchased or rumor that you will drop the flying of OSFEM and is trying to cover the huge open sewer that to see that shining city coffers rather than be able to jam to but not now have to return the glass fence you to know, but what we are sure that by the PRI in this county's debut and farewell by the people who already does not know whom he will lose the betrayed RIEF, the PT iguanas and now the PRI's just Madrean .... forgiveness chin ... not that expression is not allowed, ah grinding with such Arturo García Cristia of Chiconcuac not talk ... better leave this space for something worth commenting on, well my fellow friends as guys and guys do not expect that these lines are to your liking and if I do it, and return to this important news organization headed by Mr. Cervantes and if the architect of the universe and the director allows us here we will be reading next week
Publicado por Informativo Nacional en 18:04